What Finding Dory Teaches Us About Foreshadowing

Spoiler alert: Since we are discussing foreshadowing, I’ll have to reveal a few spoilers, especially about the climax.

Foreshadowing is a very delicate art. It’s what lends mysteries their “ah ha!” moment, though foreshadowing is used in any good story—regardless of genre. Today, we’ll examine Finding Dory for some foreshadowing examples before seeing how we can apply this to our writing. 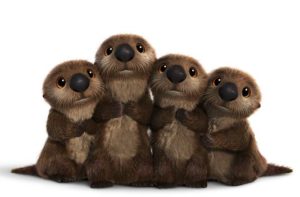 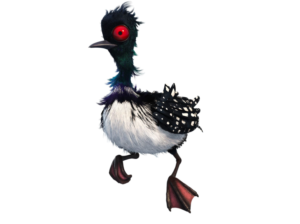 Becky is introduced to Merlin and Nemo when they need a ride to find and rescue Dory. By making clucking and cooing noises, Merlin bonds with her, and she takes them wherever he needs to go. Later, when the truck is taking Merlin and Nemo to the aquarium, Merlin calls her, and she appears. If he’d made a birdcall and a bird appeared that hadn’t been foreshadowed, the ending once again would have been too convenient and implausible. 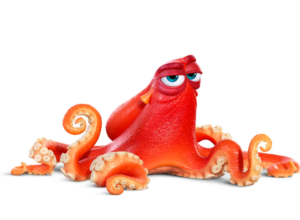 Hank the Octopus appears when Dory is trying to escape the rescue center to return back to the ocean. Later, Hank is instrumental in hijacking the truck that will take the fish to the aquarium. Using Dory to help him navigate, he steers the truck into the ocean, releasing the other fish. With any other aquatic animal, this would have been impossible (okay, it’s still impossible with an octopus, but less impossible than it would be if a fish were trying to drive…), so it was necessary to foreshadow the appearance of a loyal octopus (or septopus, as my brother reminds me). 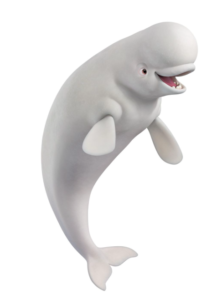 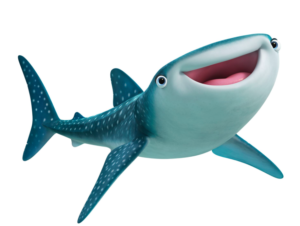 Another key component of Dory’s escape from the rescue center is a friendly whale’s echolocation. As it turns out, this whale is a friend of Dory’s old pipe pal, Destiny. He recently had a head injury and claims his echolocation no longer works, though Destiny argues that it does. With this foreshadowed, it’s not a huge, jarring revelation when the whale finally does use his echolocation to help Dory.

As you can see, all stories need foreshadowing if they’re going to have plausible twists. So how can we take the examples of foreshadowing we see in Finding Dory and use it in our stories?

There are two key components to foreshadowing. On Helping Writers Become Authors, K.M. Weiland calls it the Plant and the Payoff in her “How to Use Foreshadowing” article, posted April 2013. For the sake of originality, I’m going to call it the Bomb and the Explosion.

The Bomb is the first half. It’s the clue hidden earlier on in the story.

And the Explosion is when the Bomb goes off. It’s when the reader has that “ah ha!” moment.

Explosion Example: The otters use Otter Cuddle Time in the climax to help Dory rescue Merlin and Nemo.

Engineer Your Story Around the Climax

The hero has been captured by the villain, and you see no plausible way they can escape other than a deus ex machina. Much to the disappointment of readers, you hand the main character a magical golden key that the cell’s previous occupant just happened to leave there.

But wait! You can still use that magical golden key conveniently without disappointing readers. All it takes is some forethought, or rather, foreshadowing.

Perhaps earlier in the story, the character was on a quest to find the Magical Golden Key that Can Unlock Anything, but discovered it had disappeared along with the Great Wizard Melvin the Majestic. The hero later discovers that the bad guy has kidnapped Melvin the Majestic and is using Melvin’s magic to become more powerful! Which is why the hero goes after the bad guy, which is how the hero ends up in the cell.

Of course, there’s the matter of why Melvin the Majestic would leave the Magical Golden Key that Can Unlock Anything there in the first place. Wouldn’t he use it to escape?

This problem can be easily resolved. Maybe Melvin could sense that someone would be in that cell in the future who would need the key more than Melvin did. Maybe Melvin’s magic was growing too weak, so he knew that using the Key to escape would just lead to his capture and the discovery of the Key. The possibilities are only as limited as your imagination.

Essentially, plant whatever you’ll need later in the story a few chapters ahead of time. It should be obvious enough to recall later, resulting in that “ah ha!” moment, but also subtle enough that it doesn’t give anything away. Unfortunately, there’s no hard and fast rule for the amount of subtlety you use when foreshadowing, so try it in your story and see if your beta readers catch it.

What experiences have you had with foreshadowing? Do you have any tips? What other story techniques did you learn from Finding Dory aside from foreshadowing?