Everyone who comes into my room asks the same question, “Who are those people on your wall?”

I explain that I like to have pictures of people, so I can talk to them. Make you look less crazy than just talking to the wall, you know. And then I go onto explain who these people actually are: my speech judges. With the National Invitation to the Tournament of Champions just over a month away, I need someone who will sit there and listen to my speech dozens (or maybe hundreds) of times. I also need to practice making eye contact with multiple people. In finals rounds at tournaments, there are five judges, hence the five pictures on my wall.

See the fellow on the right? He’s Albert Emerson. Not actually. I just ended giving them names… Anyhow, I figured if I could give a speech to a scowling Albert, I could give it to any other judge.

And then there’s Bobby the Baby. Quite frankly, no one knows how he got to be a judge. Or anything about him at all.

Then there’s Riley, Sarah, and Amanda. I don’t remember anything about Riley. Sarah has a FaceBook and Candy Crush addiction. And Amanda is called Mandy by her friends. Not that she has any. She’s too reclusive for that.

Well, what do you guys think? Am I normal? …does normal even exist? 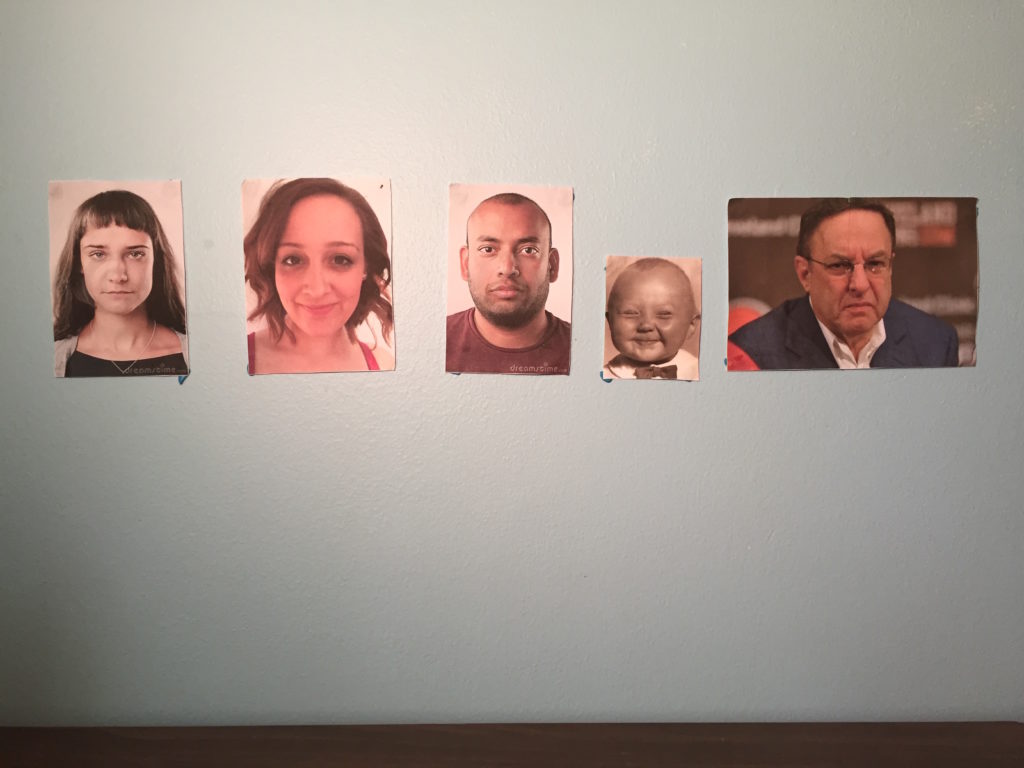 The Difference Between Sheep and Goats

Why Being a Christian is Easy