The Fiction that Shaped My Childhood

If you want to write great books, you first have to read great books. The books I’ve read from my childhood have contributed to my writing style and reading tastes. Since what you read is a key component of what and how you write, today I’m going to show you the series I began reading. Roughly, they’re in order from the oldest to the most recent. 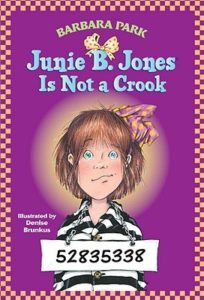 Around kindergarten, I loved these books. Frankly, I don’t remember much about these other than that I loved whenever someone would roll their eyes at Junie B. Jones. Junie B. Jones would note how they were looking up at the ceiling, so she’d look up at the ceiling too. But she never saw anything up there. Hilarious, I know 😉 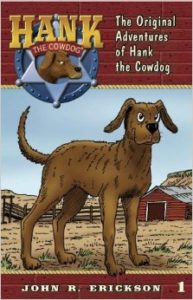 Again, I don’t remember much about this series. I do recall that there was on owl named Madame Moonshine and a humorous description of Hank trying to describe a plane through his dog eyes. 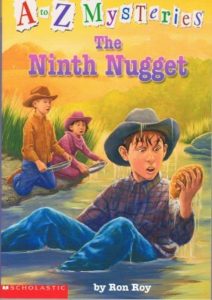 This was my first series of detective novels. On the inside of the cover is a map of the town, Green Lawn, that I would trace my finger over, pretending to visit each place. I admired one of the characters, Ruth Rose, for her colored clothing coordination. She always wore the same color. If she wore pink shorts, she also wore a pink shirt, tennis shoes, and headband. I attempted this for a while, dressing in my favorite color: blue. It wasn’t difficult, since I always wear blue jeans anyways. 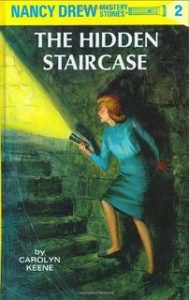 I mowed through about 44 books in the series before stopping from sheer boredom. Not that they’re bad books, but after a while, they begin to get repetitive. Eventually, I only read on to see if the villain would capture Nancy and in what manner he/she would carry out this heinous deed. 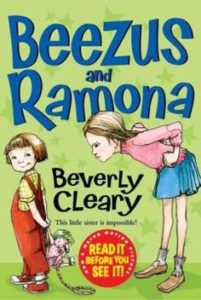 The Ramona Series by Beverly Clearly

Back when my homeschooling days were lax (2 hours of school per day. Heh… Don’t worry. My education has improved since), I’d spend a whole day devouring one of the books from this series. I have a sister that reminds me of Ramona, so it was nice reading about Ramona’s big sister, Beezus, who had to put up with all of this. 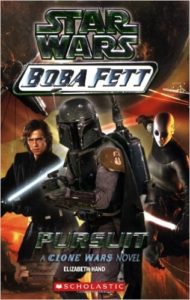 I loved Star Wars (and still love it, as mentioned in the Sci-fi vs Fantasy Poll). Then I got into the Boba Fett series and loved Star Wars even more. Not only did I get an in-depth view of the Star Wars universe, but I got to meet Boba, a 10-year old striving to walk in his father’s footsteps while surviving in a dangerous galaxy. I thought he was the coolest character ever, and he was probably my first fictitious crush. He’s mysterious, strong, resourceful, but more importantly compassionate and honorable, except where Mace Windu is concerned. Needless to say, I went through a strong anti-Mace Windu face after reading this series. He grew up as I did–the series ends with him at 14–so I always felt that I could relate to him.

Have you ever had a fictitious crush on a character? What are your favorite character from books you read when you were younger? What books and series shaped your childhood?