You’ll like this if you like: A Seemingly Impossible Romance, Stories of Redemption, and Angry, Brooding, Revenge-Bent Heroes (but don’t worry; his heart is softer than his exterior ;)).

Cleanliness: Essentially, here’s the set-up. The heroine’s husband demands she sleep with his enemy, a former friend (which is another story), since the husband has been emasculated and can’t bear children of his own. He says if she doesn’t, he’s going to throw out her blind sister. And of course, her blind sister wouldn’t last long on her own. The heroine agrees, and ends up sleeping with her husband’s enemy two nights… which ends in a disaster that tumbles into the rest of the plot.
Honestly, I probably wouldn’t have tried this story if I didn’t know the author writes all of her books with a Christian perspective and if I didn’t trust her so much (I mean, I’ve literally read everything she’s written… Okay, maybe not everything. I’m sure she has some essays she wrote in the third grade that I haven’t gotten ahold of ;)). Though this story does have a happy ending (I mean, it’s a romance), the heroine’s infidelity is never justified or portrayed as acceptable/moral. I have a policy for reading books: it’s fine to read about adultery, pre-marital sex, murder, and anything else bad, so long as thing that are wrong are not portrayed as right. If you aren’t sure about this, I’d recommend you check out my post on why stories should have shadows and characters should have flaws.  Christians have a responsibility to address the darkness in their stories. 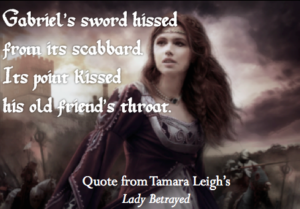 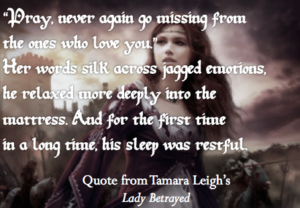 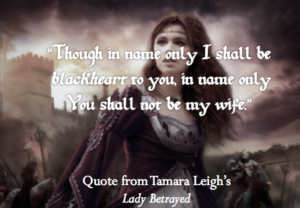 A Thief in the Night
England, 1195 ~ Lady Juliana Kinthorpe is no longer the fanciful young woman who embraced the notions of romance and chivalry nurtured at Queen Eleanor’s Court of Love. Wed to a desperately bitter man, she is forced to steal from the knight who betrayed her husband during the Holy Crusade. But even to save her sister, can she do the unthinkable? That which will cost her dignity, her heart, and perhaps her soul?
A Knight to Deceive
When Sir Gabriel de Vere receives an invitation to tourney from his old friend, he declines, well aware Baron Kinthorpe blames him for his laming at Acre. But the ransoms to be won prove too tempting. Accompanied by his tournament partner, Sir Erec Wulfrith, Gabriel journeys from France to England. Though he finds the fair Juliana much changed, still he is drawn to her—until he uncovers her deception and determines to take back what she stole from him. Certes, there will be more than ransom to pay…

From the set-up alone, I was absolutely hooked on this book. I knew Tamara Leigh was a Christian author, so my burning question was: how the heck is this going to work out? This question only burned hotter as the story went on. There’s a ton of great tension, and you’ll find it nigh impossible to put down 😉
The heroine was very likable and relatable. She’s been stuck in a marriage for years with a man so embittered by what he doesn’t have that he can’t see what he does, but she has a strong desire to remain faithful to him… though when he threatens to kick her sister out, things change a bit.
Then there’s Gabriel. He admires Juliana… until he discovers that it’s not a poor maid but a married lady who has slept with him. Then, of course, he’s pretty mad, and Juliana doesn’t explain why she did it, since she told her husband she wouldn’t tell others of his emasculation. But even when he’s angry and brooding, he still treats her with a tenderness that reveals he does care for her, though he thinks she’s nothing but an adulterous, faithless wife.
Overall, I loved both the high-tension set-up and the characters.

Get a Free Sample of Lady Betrayed

What are some high tension set-ups and situations you’ve read about?

“What does God want me to do?”