No one likes it when a door slams shut in their face. Open doors represent opportunities, potential, and hope, while closed doors often mean failure and rejection, yet closed doors have their purpose too. God brought this to my attention during this past week, where I went to Missouri for speech and debate Nationals. I didn’t score high enough to even rank. This is my first year, and I’m incredibly inexperienced, so just the fact that I made it into Nationals was incredible, yet that didn’t stop me from being disappointed or wishing I could have ranked. But God does everything for a purpose. Today, I’m going to cover reasons explaining why God would let you fail.

Whatever you’re going through right now, just remember that God wouldn’t have allowed it if it couldn’t help you. God has a purpose for every single thing that happens to you. He’ll give you beauty for your ashes. All you need to do is have faith (easier said than done), and God will take care of the rest.

I like to play the Guessing Game with God. Whenever something bad happens, I try to think up all the ways God could use it to benefit me. For example, I have a toe I call my Zombie Toe. I smashed the nail several years ago, and it’s never grown back right since. It used to irritate me that my toenail was permanently ruined for the remainder of my earthly life, but now I’ve come to realize: God wouldn’t have allowed it if it couldn’t help me. Somehow. What if I meet a really cute guy, who I’m not supposed to be with, but my hormones impair my judgment? Maybe my Zombie Toe will drive him away.

Reason #2: God has Something Better

Sometimes, our thinking limits us, and our dreams are far too small for God’s plans. God has dreams for us that are way bigger than we are. If He’s holding you back from something, it might be because He has something better in store.

Two years ago, I attended a leadership school called TeenPact. You can run for senator or governor in a little election, and you get to campaign at the camp. I thought God wanted me to run for something, so I ran for senator and went all out. I purchased 150 multi-colored glow sticks with my motto: Be a Spark in the Dark, two yard signs, and four printed posters from Wal-Mart. My speech, of course, was pre-memorized. Every night before I went to sleep, I’d recite my speech and listen to a ten second recording of applause, visualizing what it would be like. I’d heard will power took energy. Since I wanted to have as much will power possible, I pre-planned all of my outfits and accessories for the week. I didn’t dare doubt. If faith could move mountains, surely it could propel one girl into the position of senator.

I lost the election.

For the past two years, I was bitterly disappointed and confused. I’d supposed the kids who’d won senator needed those positions more than I did. This past February, I attended TeenPact again, and I had the impression that God wanted me to run for governor. Which was absolutely crazy. But saying no to God would be crazier than running. This time, all of my posters were homemade. I brought nothing—no pre-planned outfits, no pre-memorized speech, no glow sticks. If I was going to be elected, it wouldn’t be because of me or what I did, but because of what God did.

Much to my astonishment, I was elected the third female governor in Texas TeenPact history.

God held me back, because I was looking at my timetable, not His. He had something so much better in mind for me than senator, but if I’d never dared to try, then I never would have known this. Oftentimes, you’ll find that you’ll regret failing to do something more than failing itself.

Sometimes, you’ll play the Guessing Game, yet you still won’t understand why this is happening to you. How could anything good come of this? The last point I want to make is: We don’t need to understand to have faith. In fact, when we understand, we can’t have faith. Real faith is believing God can work things out, even when you can’t see it. Real faith requires that you trust in God, even when it looks like He’s forgotten you. 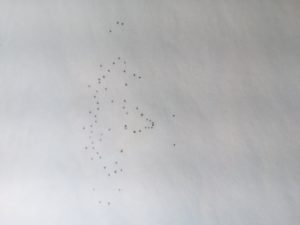 Look at it this way. Before you connect the dots to a picture, you can’t see what the image is supposed to be. You can only see clusters of dots. But, when you look back, then you can begin to see the big picture. Everything hasn’t fallen into place yet. There aren’t enough lines connecting the dots for you to see the big picture, but one day you will. Just not yet. 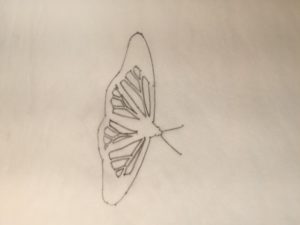 “For now we see things imperfectly, like puzzling reflections in a mirror, but then we will see everything with perfect clarity. All that I know is partial and incomplete, but then I will know completely, just as God now knows me completely.”

Even when you’re faithful, you’ll often times feel hurt, confused, and disappointed. But that’s okay. I know this hurts for a season, but it won’t always be like this. One day, you’ll look back on what you’re going through and say, “Ah, so that’s what God was doing.” In the meantime, trust that God can see the bigger picture—even when you can’t.

What are some closed doors that you’re facing? Has it been difficult to have faith? If you play the Guessing Game, what are some ways God could use this to benefit you? Look back at closed doors you’ve faced. Can you see how God used them? What’s the hardest part about having faith in God?