The 5 Layers of Editing

Sooner or later, all writers discover editing their manuscript is hard work. 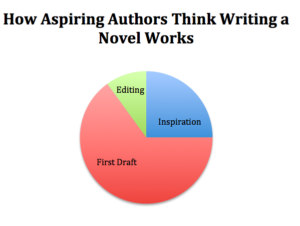 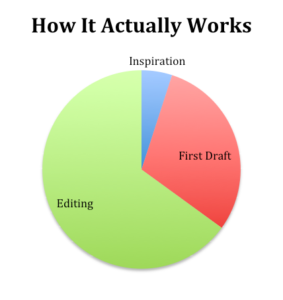 When I first began researching editing, I was completely blown away by the amount of work involved. Wait… your novel needs to be edited more than once?! And of course, the amount of material to edit is intimidating. You have to consider the setting, foreshadowing, characters, inner journey, plot, dialogue, tone, voice, and many other aspects of writing. Editing is when you get to polish your manuscript until it shines. Your goal is to get as near perfection as possible. No pressure, right? While editing is going to be hard work no matter what you do, you can learn to edit more efficiently by editing in layers.

It might be tempting to jump into editing right after your first draft, but wait. Take a step back from your manuscript and let it rest for a while, giving your subconscious time to work on it. When you return to your manuscript, you’ll be able to read it with a fresh pair of eyes and a plethora of ideas.

Before you actually begin changing your manuscript, read through it once and make notes. I can’t tell you what exactly you should record, since that varies from author to author, but this is a good time to try the Shrunken Manuscript Technique or the Dot Test. Right now, we’re looking for big chunks of the story that need to be drastically changed, but feel free to pepper your manuscript with notes of things you’ll want to remember later.

For taking notes, you can write your notes on a separate pad of paper, you could print your manuscript and scribble in the margins (use double spaces and larger margins to give yourself some room), or if you’re using Microsoft Word, you can click the gray Review tab. You’ll see several sections (Comments, Tracking, Changes, etc.). Under Comments, you’ll see a little yellow square with a green plus that says “New.” Highlight the area you want to make a note on and click “New.” An area will pop up to the side where you can make notes.

Sometimes, this is called the developmental edit. You’ll recognize it, because it’s the biggest edit, and as such, the first. After all, if you thoroughly corrected the grammar in your manuscript only to find out later that you have to make a huge change to the plot, then you’ll need to edit your grammar again. The story-level edit has two main facets: character and plot. This is when you’ll want to look at the structure of your story, your characters, and the inner journey. Now is a good time to brainstorm opening scenes for your character’s grand entrance. You’ll also want to make sure your character’s goals are connected to the ending. There should be a Moment of Truth that the rest of your story is pointing towards. This Moment of Truth is a huge part of your character’s inner journey, and the character’s inner journey is the core of the story, so make sure both are as perfect as possible.

If you’re up to it, now’s a good time to use the powerful question: What if? What if your antagonist was the main character’s brother? What if the love interest was the antagonist? What if that cute grandma is the murderer? Try spewing out a few ideas and see if there are any major plot changes you’d like to make to your story.

Now, we’re closing in on the scenes. Are there any scenes that are extraneous? Any scenes that are boring? Now would be a good time to refer to your Dot Test to make sure there’s enough tension and your Shrunken Manuscript to make sure your strong chapters are distributed. Make sure the scenes have a goal and are strung together to lead up to the Moment of Truth, if you’d like to write a seamless story. Look at the scene-sequel structure to make sure you have both action and reaction in your story. You could also follow your characters’ emotional arcs. Are you using the best setting possible for this scene? In what setting could the scene be more dramatic? Could you use juxtaposition for contrast? Is everything foreshadowed properly? Will you need to mention a gun in this scene, so your character can use the gun in the following scene? Which characters are in this scene? Who’s POV is it from? Are you staying in their POV and does their voice sound different from other characters (if you’re using multiple POVs)? Does the lighting fit this scene? Is the dialogue realistic? Tip: If you’re not sure, try reading it aloud.

Also called the line-edit. This is where you make sure that you show don’t tell, clarify points, cut extraneous/sloppy sentences, take care of transitions, perfect your prose, and take care of descriptions—including body language from other characters. For the main characters, I like to make a chart of their moods and coordinating body language. For ideas, try reading the Emotion Thesaurus.

Also called the copy edit. Here, you check grammar, consistency of words (curtsy or curtsey? And make up or make-up?), little facts (were her eyes blue or green?), and replace sloppy words with compact, descriptive words.

Our smallest edit is also known as the proofread. This is for punctuation, spelling, and typos. This edit is the final polishing of your manuscript. Tip: Read your manuscript—yes, your entire manuscript—aloud to catch as many errors as possible.

Side notes: Don’t feel like you have to come up with a final name for your novel until after you’ve finished the major edits of your story, and the same goes for chapter titles. You’ll probably come up with better names once you know you won’t make any major changes to them.

And as far as first lines go, don’t wait for the perfect first line to come before starting your second draft. You can always brainstorm later, and maybe the editing process will give you a few ideas.

I’m not a professional editor, but as a writer, learning the layers of editing has helped my editing process immensely. Feel free to tweak this for whatever individual needs you have.

Resources I used for learning the layers of editing: