What Would You Do with a Million Dollars?

A few days ago, I was parked at a gas station and found this: 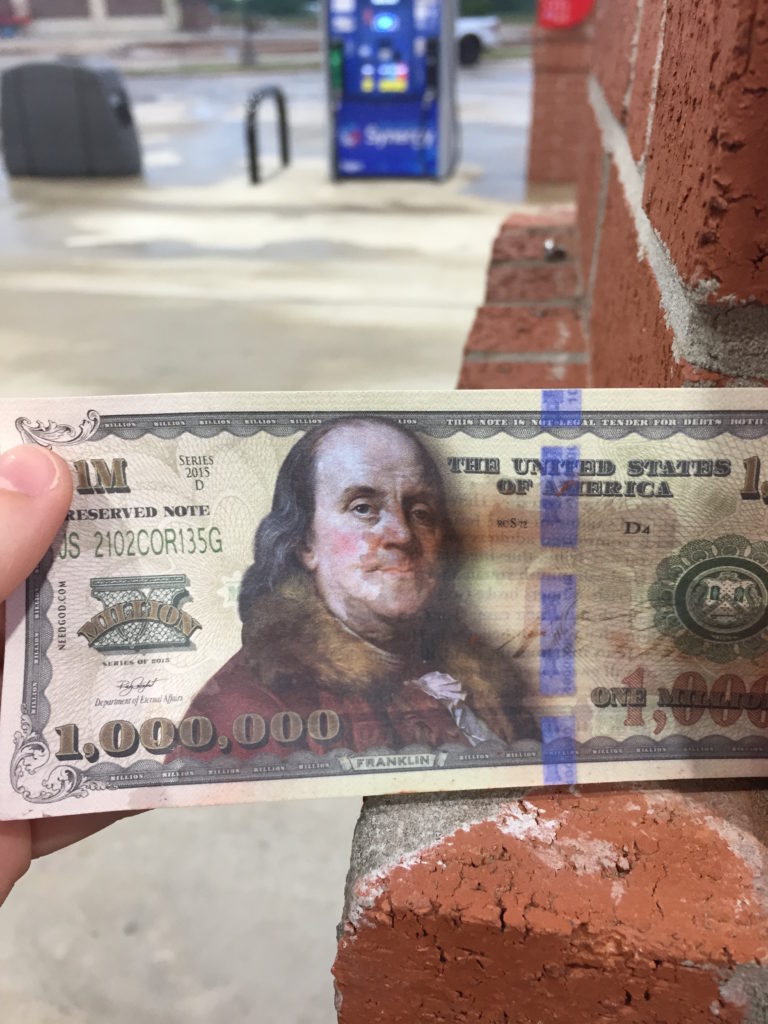 A million dollar bill doesn’t exist, though I didn’t know it at the time. I wondered if I should take it, and my first thought was: I can’t take this! It belongs to someone else, and I have a hunch they’re going to miss it if it’s not here. Then for a moment, I wondered what it’d be like if I did take it. I’d never have to worry about college or having enough money to attend conferences and publish books. The possibilities would be limitless… but I quickly realized how boring that would be. I wanted to earn my money and accomplishments with blood, sweat, and tears, and I wanted my struggles to inspire others. Simply taking a million dollars wouldn’t accomplish that. When I tell people my story, I want to highlight the difficulties and challenges. I want to grow from them. My dad has always told me stories of people who win the lottery before spending all of it and trashing themselves while they’re at it. I didn’t want to be one of those people, because though a million dollars coming out of nowhere might seem like a blessing, it’d actually be a curse.

So I left the bill, mainly because it wasn’t mine (and I was beginning to fear I’d intercepted some sort of transaction related to the cartels/mafia), but also because it was too easy.

“We choose to go to the moon in this decade and do the other things,

not because they’re easy,

but because they’re hard.”

What would you do with a million dollars?

Book Giveaway and Review: The Sentinel by Jamie Foley